Do you think your customers are getting a clear picture of the product value in a realistic manner?

In order to know whether the users are realizing from the product or not; it can be proved with the aid of factors such as metrics, reviews, and feedback, shares, revenues including the market buzz etc. The user engagement is a good indicator where the users can realize the value out of the product. After realizing the value the folks are likely to stay, refer and can bring the revenues so that there will be an enhancement in each and every manner. Nowadays, app development companies are focusing on the enhancement of efficiency factor.

There are several ways in which the user engagement can be measured. The choice of metrics depends on several factors which include the type of product, the age of the product, the audience being targeted etc.

Who are Active Users?

A particular number of users who are active during a specific period of time; the real fact is that it is a basic measure to check whether the product is strongly adopted or not. A major pointed to be noted is that the active users are central to the relevance of different kinds of metrics such as daily, weekly and monthly active users metric. Launching an app alone does not define active; it means sharing, updating, performing a transaction and looking for a specific information or service. Team Tweaks is a leading professional web development company offering exclusive designs in every sector.

Stickiness is refined form of the active users and it is actually gauged by the ratio of daily active users to the monthly active users. These data give you an implication of the number of days in a month the average user is interacting with the app.

The percentage of the users who are active after installing the app is known to be the user retention. This measurement is known to be the retention rate and it can be measured successfully after series of weeks and several months. It is one of the best ways to measure the engagement as it shows the appropriate value of the app to the users. In case if the number is zero; then the product is in a great trouble. The main target is to attract the customers and also keep them engaged earlier into their signing up the process. Most well-reputed cutting edge & scalable web development companies can satisfy the client’s requirements without any complications.

The extension of the retention in a logical manner is known to be the acquisition or conversion. When the promising users are turned into the actual users they are considered to be the acquired users. The percentage of the promising customers who started a trial process and ended up converting to the paid customers is known to be the conversion rate. The tracking process can be done whether to check whether the app is visible in the market or not.

There is a huge list of metrics which are involved in the interaction process and play an important role too. This metrics exclaims what the folks are doing with the app and how they are using it; they directly speak a lot about the user experience.

Session interval is defined as the accurate time between the two sessions and it automatically shows how frequently the folks are engaging with the app.

Session duration is the total amount of time where the users spend in the app and at the same time, it shows the level of engagement. The major protocol is that extra care should be taken in order to interpret the metric absolutely.

Screens per session measures everything related to the activities of the folks after opening the app such as closing, scrolling and opening different parts of the app. It shows not only the engagement but also helps to take some important decisions regarding the advertisement or the in-app purchases.

A screen with longest and shortest visit duration is defined as the extension of screens per session. This metric goes into detail manner about the engagement process in each and every screen by throwing the light on the least and most popular parts of the app. At the same time, it helps the folks what to knock off, what to retain and what to improve on screen by screen and feature by feature.

Screens with most user interactions can be identified easily where the users will be more active through the gestures such as taps, swipes, flicks, drags and so on. This automatically helps the folks to understand how they are navigating through the app and it is better to plan the upgrades in the earlier stage.

In-app events metric looks at all the things what the folks are doing when they are engaged with the app. Here, one can understand how the user base is behaving, create marketing and also include the engagement strategies in order to boost the user acquisition and retention rates. 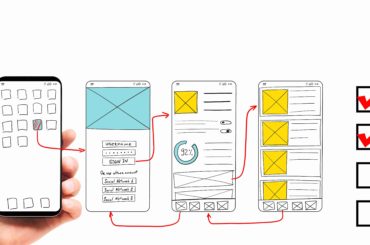 Java or PHP: which is ideal for Web Development

The ultimate guide of building a successful app for startups