Generally, the CI/CD pipeline implementation provides flexible support for the trendier DevOps environment. Here, the development, testing & deployment of applications are automated. In this article, you can learn about the basics of DevOps, the working process of the CI/CD pipeline, and different testing platforms.

DevOps is a software technique that involves continual development, testing, integration, deployment, and monitoring of the software throughout the different stages of the development lifecycle. This procedure is followed by leading organizations to develop top-notch quality software & minimal development lifecycles. As a result, 100% customer satisfaction is gained, that every industry needs.

Before moving on the working process of the CI/CD pipeline, have a general overview of the basics of CI/CD.

It is a software development method in which the code is integrated multiple times. The code is verified automatically that alerts the developers in case of any issues.

The continual integration & executing automated tests on every code development gives an expert the guarantee that checked-in code will work as expected without any issues.

An overview of Pipeline

Initially, it is more important to know about the trending facts of CI/CD pipelines. Most of them think that Jenkin is a pipeline, but that s not the right statement. The creation of new Jenkin does not develop any pipeline. It is similar to that of the remote control while clicking the button, it relies on what the remote is developed to control. On the other side of the flip, Jenkin offers a unique path for the Application Programming Interface, Software Libraries, Build tools, etc and the tasks are done automatically. There is no performance of any functionality & procures 100% powerful as other typical tools plugged into it.

Let us see the working of the CI/CD Pipeline

Here, the described pipeline is the demo of how software moves along different stages in the lifecycle before it is submitted to the user or ahead tending towards the live process.

Imagine that you are involved in developing a web application, which will be deployed on the live web servers. The well-trained professionals are responsible for processing the code, who proceeds on with building the web app. This code will be submitted into the version control system such as the Git, svn by the code builders. The next phase is known to be the build phase, the initial stage of the pipeline where the experts move the code once again to the version control system with a well-defined version tag.

Here, an intended compilation of Java Code is the pre-most important step. Once again, it goes to the build phase where it is typically executed. One can procure the entire features of the code from the several branches of the repository, where merging takes place and by using the compiler execution takes place. This entire process is known to be the build phase.

Once the build phase is completed, then it is moved on to the testing phase.

The next stage is known to be the deploy phase where deploying the code takes place in the test server.

Once everything is completed successfully, the sanitary testing process can be run. If there are no issues, then it can be easily deployed to the production stage.

In case, if there are any issues, it can be immediately reported during the testing process, complete report goes to the dev team, where the developers fix it.  If there is any need, reiteration takes place.

From the above steps, it is clear that the life cycle continues until we catch the product, deployed to the server where validation of the code takes place.

Next, we can see the important concept of Jenkins, how the deployment & automation of the entire process takes place.

Role of CI Tool & its significance in CI/CD Pipeline

Initially, our main target is to bring automation for the entire process. Once the code is provided, the next step will get into the production stage. The automation tools are needed to mechanize the pipeline to trigger the software development cycle in the automated mode.

The Jenkins affords with a list of interfaces & vital tools to automate the enormous process.

By possessing the Git repository, the development team commits the code. From here, the Jenkins takes over the entire process. It is a front end tool where one can define the entire task. Our main responsibility is to provide 100% continual integration & delivery process for the particular app without any complications.

Next, Jenkins drags the code and it is moved to the commit phase.  Here, the code has complied in the build phase. Then it is pushed to the staging server and deployed by making use of the Docker. Once the unit tests or sanity tests are completed, it is moved on to the production.

The Docker is nothing but a virtual environment where the server can be created. Just a few seconds is more than enough for the creation process & deploy the artifacts.

The main aim & target of a Quality Analyst is to reduce the errors during production. This one typically requires a set of software development practices that should be followed.

By integrating both the manual & automation testing, the Quality Analyst gets a better understanding of the entire scenarios and receives instant notification regarding any issue. The test pyramid describes the lists of tests be expressed in each part.

Typically, the developer process the code, and at the same time, both unit & integration tests should have also been done. This is carried on most of the time, whenever the new functionality is added to the code. The automated testing is always preferred to make a confirmation that the addition of the functionality is not breaking the existing one.

It is a preliminary test that typically checks whether the software works as expected. Hee, the validation of the app or the website takes place. Once this testing process is accomplished, the code can be sent for the next testing known to be the regression testing. The automation process is possible by using the Selenium tool.

This testing process makes a confirmation that the code has not changed any existing features. It is either a complete or partial selection where execution takes place to make a confirmation that functionalities work without any issues or not. Here, both manual & automatic testing is possible.

The performance testing assesses the speed and sees how much of the load is taken in terms of usage. It is an important part of the software development process, and it always responds slowly.

For checking the software compatibility on different platforms, cross-platform testing is performed. Next, for the testing of the web application on the different versions of a series of browsers & their compatibility concern, the cross-browser testing process is carried on.

The first main step is to execute unit & integration tests with each build in the targeted pipeline. In case if any failure is detected, just pause the promotion of service to the typical deployment circumstance.

Once the tests are passed and build are tested as the functional one, then an automatic trigger deploys the services without any delay. On the other side of the flip, the smoke test should be commenced over the deployment. This test covers most of the services and gives a 100% guarantee that core functionality is not shattered due to a series of changes deployed.

In case, if the smoke tests are positive, the promotion of the deployment will be processed automatically to the next instant QA environment.

The Run regression aims at the testing of business scenarios that are not included in the lower part of the pyramid part.

Finally, go ahead with the setting of the pipeline to execute the performance tests & cross-platform to ensure that software is working effectively in the other systems.

Here, there is a list of practices that are mentioned, which should be mainly avoided.

Broadly, the duplication of test scenarios over a loop of test suites leads to the retardation of an automation test pipeline. For example, the unit scenario tests at the same time across multiple tests run for multiple hours, the feedback cycle enhances significantly. In case if the limit is reached, none of them prefer the feedback and executes the test suite will lose its sense.

Generally, the automation of the test scenarios that have included in the least level of the test pyramid can cause complicated trouble when it comes to the subject of maintenance. Even a small change in the feature can lead to the complete collapse of the regression test suites.

It is a little bit difficult for the Quality Analysts to own the test pipelines. With the lasting changes in software, it is predicted that automated scenarios will start failing after a concerned commit. Hence it is a best practice for the code builders to monitor the automation pipelines & fix the errors when they can.

The main aim of proceeding with the automated tests is to procure the feedback in the earlier stage of the development cycle. Before moving on to the production stage, it is necessary to test multiple user scenarios. If the tests are not producing the result, and team members are not resolving the issues, there is no advantage in the creation of the automated test pipeline. Here, the entire automation of the user journey & testing of software functionality completely goes in vain.

Ideally, version 2.0 makes Continous Integration easier. Jenkins tends a new setup experience, provides pipeline as the code, and a list of User Interface enhancements.  Here, a DSL language is introduced by the Pipeline plugin that helps with the complete delivery pipeline code. This concerned version helps to opt for the plugin that exactly matches the expectations without fail. The DSL stands for the Domain Specific Language. Lists of redesign improvements can be explored on the official site.

By making use of the Jenkins to develop the CI is the most efficient one & the most simple tool for the listing the CI servers in the trendier Research & Development environment. It is always best to get involved & go ahead with the Jenkins open-source community. One can have their plugins, fix bugs, sharing files with the relevant community, or be updated with the Jenkins mailing lists.

From the discussed points, it is clear that the development of the CI/CD pipeline is a complete non-negotiable one. To go ahead with the efficiency, top-level of quality control, CI/CD tools work according to the developer’s wish. Both the integration of the manual & automated tests can formulate a CI/CD pipeline to give the best user experience. 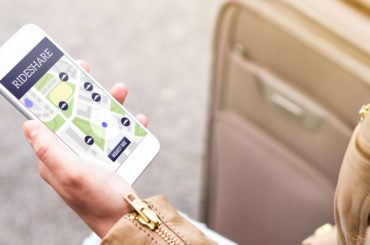 What Is Alto Rideshare & How Does It Work? 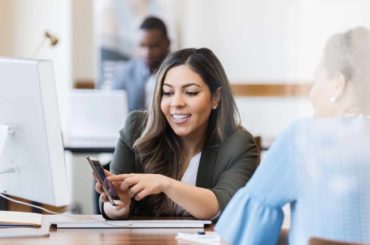 How much does it cost to make an app in 2022? A Complete guide 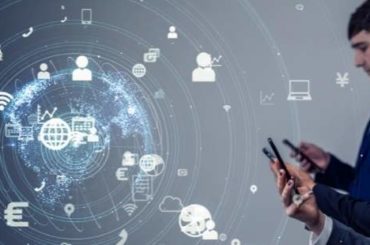 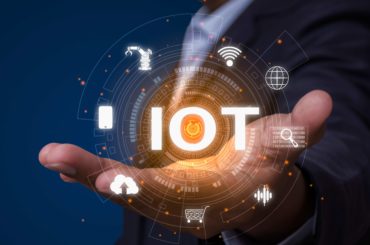