Executing top-notch enterprise strategies has sustained an epitome of transformation. In this present era, most businesses are moving from websites to smartphone apps. Generally, mobile apps are the most important part of the development of business strategy and play an essential role in everyone’s life. There are different types of apps that satisfy all our needs like booking a cab, ordering cuisines, buying e-commerce products, etc. These apps are changing the entire business sector globally.

As of now, mobile presence has become necessary for the development of business and it also catches most of our attention at a rapid pace. There has been an astounding CAGR of nearly fourteen percent in mobile app development. It is predicted that the present market will reach nearly a hundred billion dollars by the end of this year.  Let’s look at some of the opt mobile app development frameworks in 2022 that make app development easy.

In a gigantic mobile industry, you have to acquire knowledge about everything from scratch. To attain the peak level, it is essential to accumulate technical data from every nook and corner of the globe. The mobile industry alone cannot give any assurance for the triumph of an organization. For industries with functioning mobile apps or those who have an idea to build a new mobile app development to shine in this competitive world, you have to research enormous technical & non-technical information. On the other side of the coin, systematic development, precise planning, and assessment of mobile networks are mandatory.

You have to examine the different trends of the present market and figure out the circumstances. Through this detailed research, you can come to a decision that mobile apps have gained more votes when compared to websites. Mobile apps possess a list of benefits like 100% efficiency, an offline mode of working and being rapid. Most firms are choosing mobile apps due to their remarkable features. The native apps provide a top-notch experience subjected to effectiveness and aesthetics. But, it is costlier to build and maintain.

In the present digital market, various platforms and devices will be tedious for native apps to attain peak-level user perception. The solving key for this complex challenge is to implement mobile app development frameworks to build a website or cross-platform mobile apps for businesses with a minimal budget. As of now, mobile app enterprises are at the core of the competitive globe, where choosing the platform, framework and strategies are crucial for its triumph. In this article, you can gain in-depth information about the different mobile app development frameworks that will control the entire market.

What are the different forms of Mobile App Frameworks?

The cross-platform app development framework is used to develop cross platforms apps. Here, the apps are compatible with different platforms and are unique in providing a native app experience subjected to push notifications, user Interface User Experience, etc. To build the apps, Frameworks are the most essential ones. Still, it is feasible to process smartphone apps without the presence of a framework or platform. To build apps for the Android platform, the Java programming language is the most convenient. For iOS devices, the Swift programming language is the aptest one.

In this advanced technological world, multiple mobile app development frameworks continue to develop, and hence it is tedious to go ahead with the best & reliable one. While involved in the selection process of mobile app development framework, it is important to compare different features. First, you have to acquire knowledge about the tasks that are mandatory to build a framework. At the same time, collect the essential requirements of the business too. To choose the top-notch framework, you have to consider below mentioned upcoming points.

Similar to that of websites, cross-platform apps can process rapidly. It is vital for gaming apps. It may be any kind of mobile app development, a well-defined framework is mandatory. The techies can use top-notch code for rapid results.

When choosing the mobile app development framework, one should be more careful. The techies should go ahead with the deeper market analysis and select the framework that provides a better impact on their enterprises.

The cost factor is the most crucial one for the manipulation of the mobile app development framework. The establishment of Return on Investment predicts the value gained from the app.

First, you have to select the User Interface and UI parameters. Then examining your business from the scratch provides precise guidance on which type of framework to use.

It is mainly due to the reason for building cross-platform apps with the execution of a single code. The developers can save a huge amount of time and the cost is affordable too. This gigantic framework allows enterprises to win over the competition in the enormous digital market. The most famous apps like Instagram, Facebook, and Uber Eats are developed using React Native framework. Lists of spectacular features of React Native are low code, cost-effectiveness, minimum development time, reusing of code and indicative Application Programming Interface, etc.

Flutter is one of the most distinguished Hybrid mobile app development frameworks. It is implemented by Google. It is a notable open-source Software Development Kit. By using Flutter, one can build native apps for different platforms like web, mobile, and desktop. It possesses multiple widgets that are responsible for vital platforms that include icons, fonts, navigation, etc. Flutter eradicates the requirements of User Interface enabled components. This framework makes use of Skia in all the phases. Skia is a two-dimensional engine that is typically used for alluring visual development. Lists of striking apps like Google Ads, Hamilton, and Watermaniac use the Flutter framework. A series of eminent features are compliant User Interface, supportive widgets, rapid development, 100% native performance, etc.

This popular framework is known to be Corona Software Development Kit. Solar2D is an open-source platform where developers can build creative & striking game apps. It is a user-friendly and scalable framework. Solar2D depends on Lua which is the best scripting language. It is used for the development of multiple platforms like android, iOS, Nook, etc. To build cross-platform game apps, Solar 2D is the aptest one. Lists of top-notch features are real-time testing, simulation, stronger Application Programming Interface, standard plugins, etc.

Most techies prefer the Apache Cordova framework mainly due to its user-friendly feature. It is also known to be PhoneGap which uses trendier web languages like Cascading Style Sheets. The HyperText Mark-up Language & JavaScript to develop mobile apps. It provides multiple hardware features like GPS, camera, and RAM to build UI integrated with Cordova plug-ins. In addition, it enables a reliable codebase integrated with the admin tool for the development of third-party apps. The most astonishing apps like Wikipedia, TripCase, Buildr, etc. So the developed with this standard framework. A series of key features are code reusability, rapid implementation process, third-party tools, consistency with multiple platforms, etc.

Framework 7 is a simple one where the techies can develop native-enabled apps for different platforms like web, android, iOS, and desktop versions. The programmers use well-known technologies like the fifth version of HyperText Mark-up Language and the third version of Cascading Style Sheet. React and Svelte consistently support Framework 7. It possesses striking User Interface elements like sheets, panels, grids, pop ups, etc. This standard framework enhances speed and explicates the implementation process. The best examples of Framework 7 are Wappler and Blokt. Lists of top-notch features are UI widgets, flexible customization, an enriched network of the ecosystem, 100% maintenance, etc.

Similar to those other frameworks, Native Script is also an open-source platform. If developers want to achieve the target at the estimated time of delivery, Native Script is the most relevant framework. The source code to load an app seamlessly, then Native script is the most essential one. To develop web apps, the techies can make use of JavaScript, Typescript, SML, CSS, etc. In this technological era, most multinational companies prefer the Native Script framework. It is mainly due to the reason that Native Script provides business & backend support, compatibility of android & iOS Application Programming Interface compatibility and there is no use of using web views for UI and so on. The prominent app built with Native Script is Smart Evaluation.

If you wish to develop Mobile Angular UI on smartphones, then you can make use of Angular JS & HTML5. It provides multiple components like overlays, sidebars, switches, etc. The fastclick.js & overthrow.js builds trendier web and mobile apps. An array of reliable features of Mobile angular UI is HTML5-enabled mobile & desktop apps, engaged components, and a responsive framework.

To meet the enhancing challenges of mobile apps, the above-mentioned frameworks provide innovative solutions. If you want to build a mobile app, first you have to undergo deeper research about the different types of frameworks. To satisfy your project’s requirements, go ahead with the optimal results. This blog guides you to select the best app framework for all your app demands. For more in-depth details on your project you can reach out to Mobile App Development Companies for better understanding and also Best App Quote 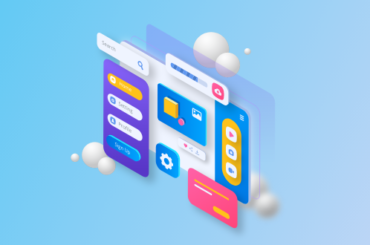 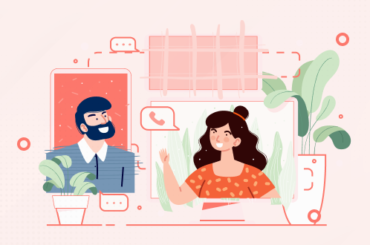 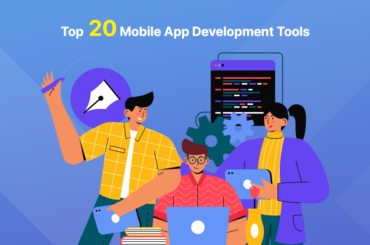 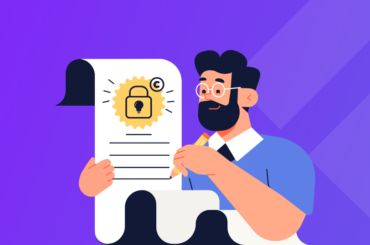