In this digital era, DevOps has become a critical element for more firms & it has been changing the entire world of software for a few years back. The techies have been already predicted that DevOps is going to touch its top-notch level for the coming year. This greater evolution has already processed a significant path among a list of enterprises at present & also it is continued to be a greater extensive one. You can hire our DevOps consultants for the complete processing of life cycle activities.

The upcoming year is going to be an important year for most of the professionals to plan & implement DevOps on their concerned business roles. As of now, most of them have accepted the fact that this gigantic subject plays a vital role in the isolated projects of being acceleration for creative innovation.

This faster world of IT has been rolling out new iterations in a constant manner to change the lives of enterprises & consumers smarter too. Due to the advancements in trends & techniques, each & every process has been progressed to build effective solutions delivered especially for the clients.

As a greater evolvement of Devops, both development & operations are integrated. The real fact is that DevOps has been initiated ten years ago where the development

team produces the product to the operation team & then deploys it independently. Here, there is no collaboration leading to missed opportunities which often ended with optimal results.

This enormous concept brings several teams together to develop a product starting from the initial phase to the final phase using high-level experts of both development & operation specialists throughout an entire lifecycle. There is a loop of innovations that are blooming under the primary root of DevOps. Here, one can view different trends that all IT firms should acknowledge where one gets initiated, others exist & also it is continued to grow & one is an exclusive moment that several IT companies will be used in the future.

A recent study report reveals that DevOp’s reliable market achieved a peak level of nearly three billion in the year 2017 & it is also expected to reach about seven billion dollars in the year 2022. This article clearly says about several predictions of several trends that have a major drive DevOps in the upcoming year.

Ideally, DevOps is a non-replaceable one pointing to multiple builds as it is an efficient one & also consumes only a minimal amount of time. To add it to a nutshell, it creates the best environment for both Artificial Intelligence & Machine Learning playing a vital role.3

A deeper analysis of data allows different reliable technologies to detect a series of patterns, process an apt prediction & also ensures that there is a feasible run for CI/CD pipeline. A collective process of manual testing has been the best thing in the past days & at present;

AI is used for a greater prediction of the working process of code based on both activity & repository logs.

On the other side of the flip, it is also implemented to automate different units of different testing so that the firms can trigger the software release process a faster one & completely no errors by ensuring continuous delivery.

The trending usage of code provides the operation leaders better flexibility & better administration in the allocation of server environment & cluster just by modifying the code description. Here, the major benefit is that the code builder needs not to write the code as the gigantic AI makes use of the greater loop of log report.

Typically, it has been reached the instant level ‘free of server’ architecture. Here, the third party known to be the cloud service takes care of everything. It also allows the developers to target only on the Application Part. Two important aspects are known to be FaaS & BaaS. One can eradicate the cost, save a huge amount of time & also ensure a better flow of work.

In this era, the automation process outlines the proceedings of CI/CD & also requires code builders to define an essential part of several pipelines through a list of profound activities that are performed by the manual coding. It mainly aims at the speeding of the entire process. It is expected for medium or lower-level code tools that automatically help to delineate pipeline in just a single click UI. These gigantic tools allow different services to make use of intended techniques & technologies for the creation & maintenance of differential policies.

In the traditional days, monolithic architecture has been used by everyone & now it has become a memory of the past. It has been out gamed for several reasons & designed as a unified unit constructed with different fragments of small units that are connected. An important point to be noted is that both Microservices & DevOps focus on operational efficiency. Nowadays, most of the organizations are using only micro service architecture as they play a vital role in saving time and effort.

With a greater speed of 5G which is expected to arrive on the digital market in the year 2020. This one mainly attracts large scale connected devices globally. A recent report exclaims that The Huawei technologies indulged projects of 5G can support multiple connections for about a hundred billion devices. This one points to supporting complex operation delivered to several devices related to several networks of cars & homes involving IoT. An inbuilt network speed triggers multiple deices to move in online. At the same time, it also encourages the best frequency of updates reliably.

An overview of DataOps

Today’s major rise of data-driven computing has instigated calls subjected to the agile methodology & deploys deeper data apps. Here, the reliable solution depends on multiple data sources & data pipelines and hence overall management is a mandatory one. Several emerging methodologies attract major key principles starting from automation to continuous integration & delivery. On the other side of the coin, it also helps the professional team for a peak level collaboration. It provides a series of benefits to developers, scientists, engineers & operations.

A great change is needed in terms of infrastructure & platform; here most of the core tools remain the same one. For the commencement, both languages & frameworks are adopted by DataOps & hence there is greater enforcement of data access and governance policies are a must.

What is IaaS & FaaS?

This one stands for Infrastructure as a Service & in most of the firms; it is a major driving factor trend as of now. Integrated with both IaaS & cloud-based services is a great way of means for cost savings, connection with different services are playing a vital role. Most of the crucial tasks are handled through the prominent software, in handling more services it draws more flexibility. Here, configuration management plays a major key role in the automation of infrastructure management bringing greater changes in concerned to strategic deployment.

Typically, greater efforts in the handling of solitary workloads lead to greater expectations of more capabilities in today’s environment. The major focus will be enhanced in the year 2020 as experts explore a comfortable way in the usage of differential containers of the present production stage. The high-tech professionals involved in the determination of use cases pointing out to FaaS & Serverless computing too.

Optimizing adoption of a cloud structure is going to give a major rise in the continual delivery approach & use of Docker including Kuberenetes across huge enterprises. Here, the exclusive deployment is going to view a greater rise in the demand for continuous integration & delivery along with firms pointing to new realistic methodologies for the overall management of services & deployment too.

Here, there is greater adoption of a series of mining technologies that is going to see a greater improvement of CI/CD workflows. A survey report says that most of the

teams are engaged in the version control of the database & enhances the greater performance of the cycle too. From, the above-discussed points it is noted that automation support is the most needed one

DevOps has pervaded the entire IT domain and triggers the security system an agile one. The existence of healthy collaboration, communication & coordination & greater ability of faster identification of bugs in the code is a highlighted benefit.

As everyone knows nobody can predict what is going to happen tomorrow!! But there is no doubt in the growth of DevOps; it is going to influence tomorrow’s world. Hence, it is important to make note of different trends & how they can adopt the inflow of software projects. It has already become an ineluctable part of a firm & also the best standard exclusive way of working. 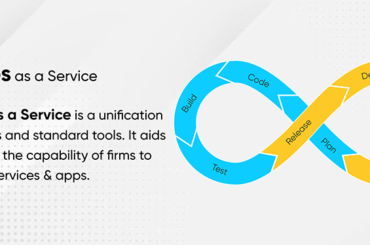 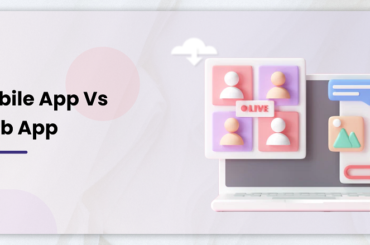