Flutter Technology: One of the best options for Cross-platform App Development

At present, it is a strong competitor for Xamarin & React Native. The Dart programming language came into effect in 2011, and in rare cases, it is used by programmers. This language is easy to learn & use where the framework utilizes the Skia C++ engine. The in-built widgets for Cupertino allow the Flutter code-builders to work on both iOS & Android platforms. Team Tweaks, a famous React Native App Development Company offers unique services for reliable platforms.

Yes, Flutter is the best option for cross-platform mobile development. More information is given below.

The customizable widgets from screen layout to button are placed in a typical hierarchy known as the container widget. It is a complete declaration of the user interface used for the exchange concern too.

By utilizing the Dart programming language, the application can interact with the native platforms. Hence more time & effort can be saved, allowing the programmers to develop advanced mobile apps with the best performance optimization.

Possibility of the same coding

Coding is a little bit complicated task. The code builders find it difficult to explore a platform to write the code faster, but with Flutter everything goes smoothly. The developers can change the code and view the real-time development in the emulator. Since the program is reactive, the same code can be used again & again with minute changes for both iOS & Android platforms.

Flutter is an open Software Development Kit, allows the developers to create mobile applications of the best performance for both platforms. It can build a rapid User Interface comprising of widgets that look more natural.

As discussed earlier, Flutter Technology is an effective one for both Platforms multiple times & cost effective mobile app development for startups and entrepreneurs. The developer can decide to change the code or use the same one to develop a mobile app for Android and iOS with the same features.

We have concluded that Flutter has a great future as Google is a highly potent operating system. The developers are looking forward to gain more knowledge in this framework a year back, Kotlin was introduced to be involved in cross-platform development. An unexpected rivalry is going between these two technologies & it is free for everyone. Kotlin makes use of Java Virtual machine, Java Script and Native programming languages. In the upcoming days, Flutter is going to hold the market. 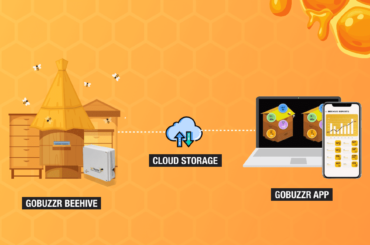