Kubernetes vs Docker vs Mesos : Which is your Choice?

Kubernetes vs Docker vs Mesos – Having trouble deciding whether kubernetes or docker or  mesos is the best container orchestration platform for your project? Then this article is for you.

Choosing the right container orchestration tool is definitely a big decision. DevOps Engineers will have to invest a considerable amount of time to design and test CI/CD pipelines adapted to the chosen platform, not to mention the cumbersome process of migrating containers, establishing access control policies, as well as the countless little details involved in configuring container orchestration properly.

Moreover, since each platform has its own strengths and weaknesses, the selection process itself is often a daunting task.

The objective of this article is making the process easier for DevOps engineers, Sysadmins, and IT staff by narrowing the selection to three of the most versatile opensource orchestration platforms currently available in the market, Kubernetes, Apache Mesos, and Docker Swarm. Possessing Kubernetes consulting services, Team Tweaks aims at the development of reliable modernized apps.

The containerization era, and the rise of container orchestration platforms

Without any doubt, microservices changed for good the way applications are perceived. The monolithic application paradigm is rapidly being replaced by a new generation of ultraportable applications that run in containers. No wonder. The isolation offered by containers technology along with the plethora of cutting-edge CI/CD tools available takes applications scalability and security to a new level in devOps consulting services. However, the incredible microservices architecture also brings new challenges that must be overcome, arguably one of the most notable being container management in multi-cluster environments.

While it is true that Kubernetes architecture differs from Docker Swarm’s and Mesos’ in many ways, it is also true that, as container orchestration tools, all of them share most of the duties described above. Thus, what would be the appropriate parameters to choose the best platform?

In that regard, this guide will stay away from comparisons based on “performance” or “ease of devOps implementation” since as experts in DevOps consulting services, we know that such comparisons are entirely subjective. Each implementation is different and as such brings unique challenges associated with the requirements of the company. In our opinion, an unbiased selection of what is the best container orchestration platform for your project should be based on objective aspects that are easily measurable and relevant to your deployment scenario.

For the purpose of Kubernetes vs Docker vs Mesos comparison, we choose the following aspects:

In the following sections, we will delve into each platform, exploring what was the purpose behind its creation, as well as their key takeaways.

Docker provides developers and DevOps engineers the ability to easily create, deploy, and run applications and microservices into isolated container environments. Thanks to Docker, applications can run independently from the host environment, regardless if it is a virtual or a physical machine. In other words, Docker is a container runtime technology. As such, Docker is capable of managing containers running images within a node, as well as network and data volumes resources. A key aspect to keep in mind though is that Docker was not created as a framework for managing containers and microservices architecture at scale. Instead, Docker was designed to streamline the development lifecycle of applications and services thought containers, which is something where it excels.

Is Kubernetes using Docker? Short answer, yes. Kubernetes architecture works wonders when using Docker, therefore is not uncommon to think of Docker as if it was an integral part of a K8s deployment. However, Kubernetes is not limited to Docker container runtime to function, it can be deployed flawlessly using RunC, cri-o, containerd, and other container run-times.

What is Docker Swarm

What is the difference between Docker and Docker Swarm? Contrary to Docker which was created with the intention of helping DevOps automation (and thus operate on a single node), Docker Swarm was designed as a container scheduler able to manage several Docker instances running on different physical or virtual machines.

How does Docker Swarm work? The concept behind Docker Swarm is quite simple. When multiple Docker hosts enter in “swarm mode” some of them can be configured as “managers” and the rest as “workers” in charge of running swarm services. Docker Swarm’s mission is to keep the desired container state even when one of the nodes becomes unavailable, therefore offering high-availability to crucial processes such as database clusters and more.

Is Docker Swarm the same as Kubernetes? In a sense, yes, they are. Both, Docker Swarm and Kubernetes are container orchestration tools. However, Kubernetes architecture is far more flexible making it a better option to handle higher load demands.

Kubernetes (aka K8s) is an opensource container-orchestration platform, initially developed by Google, capable of automating application deployment, scaling, scheduling, and management. Since its beginnings, K8s quickly became the preferred platform among key enterprise customers, to the point that nowadays Kubernetes dominates the container orchestration market.Given that other container orchestration solutions like Mesos offer similar functionality, the question is, why Kubernetes? What makes Kubernetes architecture so special?

The answer is simple. Kubernetes has evolved. In a short time, Kubernetes service went from being a container orchestration tool to a cloud-native platform. This evolution was possible thanks to Kubernetes’ 100% opensource nature, which gave developers the freedom to adapt K8s API to include specific out-of-the-box functionality adapted to different scenarios. Matter of fact, tech giants such as Amazon, Google, and Microsoft have developed their own versions of K8s in the form of AWS Elastic Container Service for Kubernetes (EKS), Google Kubernetes Engine (GKE), and Azure Kubernetes Service (AKS) respectively.

Is Kubernetes free? Absolutely. Kubernetes is 100% free to use opensource software that can be downloaded and deployed in self-managed cluster environments.

Can you use Kubernetes without Docker? Yes, you can. As a container orchestration platform, one of the requirements to deploy Kubernetes is counting with a suitable container runtime software. Certainly, Docker is the most popular container technology but is not the only one capable of working with K8s. Other container runtimes such as CRI-O, Containerd, and Frakti can also be used. So it is convenient to change the paradigm. It’s not about Docker Vs Kubernetes, but how to get more out of the synergy Kubernetes offers when used in conjunction with Docker.

Is Kubernetes reliable? Definitely, it is. Kubernetes Service will self-heal organically whenever the system is affected, providing unsurpassed reliability thus making it an excellent choice for high-availability systems.

You can think of Apache Mesos as more than just a container orchestration tool, but more of an opensource cluster manager that provides powerful resource isolation and sharing across cloud environments, independently if the workloads are containerized or not. As Mesos backers like to say, Mesos is more like an operating system for data centers.

However, that is not entirely accurate.

In reality, Mesos is a distributed systems kernel, which is probably its biggest advantage but also its greatest weakness. To understand Mesos’ paradox, nothing is better than a good analogy.

Apache Mesos’ power comes from its ability to abstract CPU, memory, storage, and other resources, just like the Linux kernel do, but at a cluster scale. However, similarly to Linux, deploying applications directly at the kernel level is a daunting task. That is why Mesosphere, a technology company based in San Francisco, developed the incredible Marathon plugin for Mesos, and shortly after, released Mesosphere DC/OS (Distributed Cloud Operating System), an open-source, distributed operating system based on Apache Mesos. You can think of DC/OS like Ubuntu and Mesosphere as Canonical.

DC/OS leverages the power of Mesos to run services, tools, and applications, from the convenience of a modern UI, providing an infrastructure agnostic operating system with built-in self-healing capabilities. Thanks to DCOS, cluster administration using Mesos is remarkably easier. To install distributed CI/CD tools, data services, as well as any other stateful or stateless distributed workload all that DevOps engineers have to do is to use the UI. Although DC/OS is an opensource project, Mesosphere, the company that created and actively maintains it, also offers additional features and paid support to enterprise customers. That’s a key aspect to keep in mind as you will discover soon.

Can I run Kubernetes on Mesos? Yes, you can. Although container orchestration is usually managed using Mesosphere’s Marathon plugin, Mesos’ ability to interact with infrastructure at kernel level lets it use Kubernetes as an alternative to manage containers.

What’s the difference between Apache Mesos, Mesosphere, and DCOS? Simply put, Mesos is like the kernel on which DC/OS is based on. On the other hand, Mesosphere is the company actively contributing to both Apache Mesos and DC/OS development. You can think of Mesosphere and DCOS as Canonical and Ubuntu.

Kubernetes and Docker: The Perfect Synergy

Throughout this article, we have been focusing on the differences between platforms. Mesos vs. Kubernetes, Docker vs. Kubernetes. Instead, why not take advantage of the inherent synergies between them?

Take Docker and Kubernetes for instance. The Kubernetes deployment architecture can greatly benefit by installing Docker as its container runtime. Docker is probably the most mature container technology hence combining it with K8s leverages the best of both.

What about Mesos? Instead of looking Mesos and Kubernetes as mutually exclusive, you could combine their strengths too. Mesos DC/OS – Kubernetes is already being used with great success. While it is true that Apache Mesos’ learning curve is really steep, that could be compensated by a rock-solid solution.

Deciding between Kubernetes, Mesos, and Docker Swarm comes down to thinking carefully about what kind of features your project requires.

Team Tweaks Technology is one of the top devOps consulting, devOps automation and devOps service provider in chennai, India, UK and USA. We provide devOps as a service along with IoT, native iOS and android app solutions. We have a team of dedicated certified devOps and NOC [Network Operation Center] engineers available 24 x 7 x 365 days. Contact us to schedule a free 30 mins consultation with our experts. 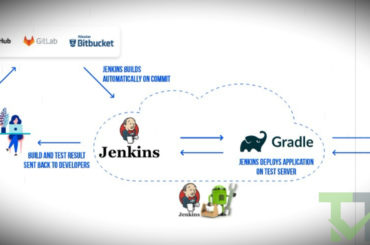 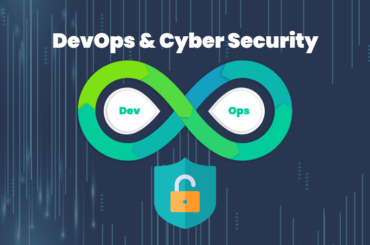 Importance of cybersecurity during COVID-19 pandemic 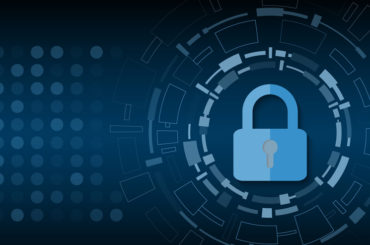 Imperativeness of cybersecurity in the contemporary world