Methodologies to check your product with professional testing tools

In this digital platform, the major core skill of testing process is adaptability. Generally, tools, technical skills & domain knowledge give a great helping hand where it changes in each & every phase with time too. The experienced professionals bring creativity, more curiosity, and delicate communication, active problem-solving skills & a fact of determination too. The above-mentioned skills can be easily taught & enhanced with practice. It is most important to focus on both tools and domain knowledge. To add it to nutshell they are easier to measure too. One can explore different ways to gain knowledge about someone’s adaptability. Team Tweaks stands at the peak position in terms of Android app Development Company possessing highly skilled techies to design robust apps.

Once the requirements are collected, make a confirmation that each requirement is represented wither in automation tool or a test case management tool. Depending on the overall use of CI, every test is processed for each build. The retests bug tickets are executed for testing its accuracy factor. Finally, generating of reports or status including the documents takes place.

Initially, an adaptive tester procures the typical copies of requirements before the coding is initialized or explores a way to get indulged in several meetings to ensure a better understanding of the respective product owner. Then, raising queries about several factors such as scope, error handling, quality expectations & risk tolerance before code is developed to ensure that requirements are 100% tackling the feature intent.Integrated with the developers for developing the code, pairing with them specifically during the feature development;covers unit test coverage & brainstorm test scenarios. Performing of the exploratory testing is a plausible one.

Rising of several suggestions in & around potential process improvements to increase communication & lower the turnaround time. Once the testing process is completed successfully, it is important to take note of the stronger & weaker areas of the product.

An adaptive tester acknowledges quality factor before moving ahead with documenting ideas since an enormous population of quality challenges originating before any code is processed. A team can have some hypothesis that the folks are intending scope of the complete set of requirements is covered. Once the development process is started, a major portion of problems occurs as a great result of the delusion of requirements.
Working with the developers is one of the best ways to grab additional requirements. The testers should be familiar with the unit tests to ensure that an automated test case offers the right coverage without any duplication.

A typical portion of the time can be spent in the future for answering the queries.
Best Automation Testing Tools

Along with a major increase in the consent of agile DevOps methodologies, the testing environment is indulged in a series of paradigm shift. The test automation is tensed as there is only minimum time left to perform testing. These gigantic testing tools not only provide intelligent automation but also afford smart analytics to meet any of the testing challenges. Here is a list of automation testing tool & framework that can enhance software testing outcomes in a significant manner.

Generally, selenium is used for both exclusive platforms such as cross-browser 7 web-browser test automation. Before using this tool, quality analysts should have a deeper knowledge of advanced programming skills for developing complex & advanced test scripts. These skills are mainly required to establish an automation framework & libraries for required testing needs.

It is an open-source tool that is mainly used by software professionals & testers who are well trained with programming languages such as Java, Perl, Scala, PHP & Ruby. This gigantic testing tool is equipped with the most powerful Selenium Web Driver allowing an individual to broadcast the scripts across many solitary platforms.

This one is well suited for both the regression & functional testing and supports various applications such as .Net, Java, SAP & Ajax. Here, the scripting languages to be noted are the .Net & Java. One of the most striking features is the Storyboard testing simplifying test visualization through the recording process and visualizing user actions with the aid of application screenshots. The editing process is processed through natural language.

This one is a BDD framework allowing for functional validation in the readable format. BDD is a reliable approach which is a part of Test Driven Development testing a whole system instead of testing a particular fragment of code. Here, the executable specifications play a major role for greater collaboration among the professional team. A team of experts including the Business Analysts, Developers & Testers uses this tool. In the initial stage, it was implemented in the Ruby language, later extended to Java framework. Supporting languages are Perl, PHP, and Python & Net, etc.

This one helps an expert to develop & execute functional UI tests. For testing of desktop and web apps TestComplete suits in all the aspects. Supportive languages are Python, JavaScript & VB Script, etc. It offers Graphic user Interface object recognition capabilities that automatically update UI objects. An important point to be noted is that 100% effort is not needed to maintain test scripts.

Here artificial intelligence technology is used for different processes such as authoring, execution, maintenance and troubleshoots, etc. It is used both as a tool & platform that typically covers most of the major principal factors of automated tests. Along with the dynamic locators, end to end testing, functional testing & UI testing is executed. With the utilization of this gigantic testing tool, Netapp, Verizon Wireless, etc are running more than three lakhs tests consistently.

There is a list of browsers such as Firefox, Chrome, Edge, and Internet Explorer including safari browsers. Testim.io tool has the capabilities to handle these browsers.

Additionally, it also offers the firms & their respective professional teams, the best versatility to enhance the series of functionalities of the exclusive platform exerting complex programming logic with both HTML & JavaScript.

It is an important part of Artificial Intelligence empowered QMetry Digital Platform. It is an outstanding software quality system which allows for test automation, test management & quality analytics in a single series. To add it to nutshell it is an open-source system based on the Eclipse IDE. This gigantic tool provides 100% efficiency & reusability to respective automation ventures. It empowers manual groups to transform its complete automation without any errors through its series of script fewer automation schemes. Different scripting languages used are C++ script, JavaScript, Python & VBScript.

A precise open-source framework performing keyword-driven for ATDD & acceptance testing are indulged in different tasks. It is an application-independent & main structure is accomplished using .Net and Java Virtual Machine. This enormous framework is a popular one adopted with Selenium for continual training. The compatibility level is assured for both Android & iOS test automation.

Here, testing of different automation tools is possible consisting of web, desktop & mobile apps. Assurance of 100% compatibility can be assured for both Android & iOS gadgets. The tool works effectively with any kind of browsers such as Firefox, Chrome & Safari, etc. Fixing of issues takes place in a shorter interval of time with evaluating the present condition of the app.

This is one of the best web service testing tools specially designed for the Service-Oriented Architectures. It allows a series of testing such as automated load testing, functional testing including compliance testing. The most striking feature is it is a most opted device of choice to test services & Application Programming Interface. On the other side of the coin, this gigantic tool offers a comprehensive feature set for API testing such as asynchronous testing, reusing of scripts, etc.

This one is a solitary automation tool for both web app & web services. It also takes major key factors of integrated software automation. Here, a typical component known to be Katalon Analytics provides the users of execution reports through charts, metrics, and graphs. The most high-lightened factor is that integration is possible with CD procedures. The software professionals can save huge time on developing new libraries & maintaining new scripts.

This is the most standard one for a commercial testing system supporting API, GUI & web testing for apps on any of the platform. It provides a comprehensive automation process through smart automated documentation system. Registration of testing procedures & object control is a mandatory one. Coordinating of quality control devices is a plausible one without any complications.

The above-mentioned testing tools offer some of the best solitary features that automatically help to increase the quality of released software. An individual can opt for any of the automation testing tools which is entirely based on the project requirement. On the other side of the flip, a right test management tool is needed to get the intended results. The reality is without testing tools a software industry cannot exist. Along with these reliable tools, an enterprise can guarantee that products are delivered to the digital market are free of bug. Mostly, mobile app development companies are tremendously increasing day by day as there is a great need for mobile apps. 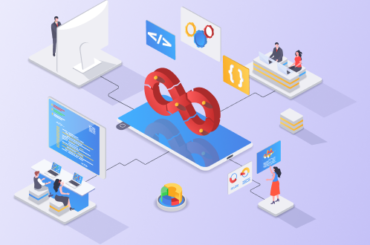 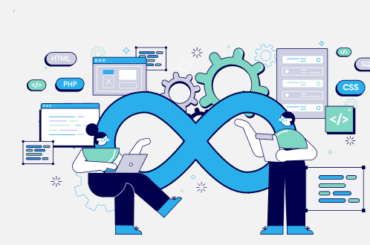 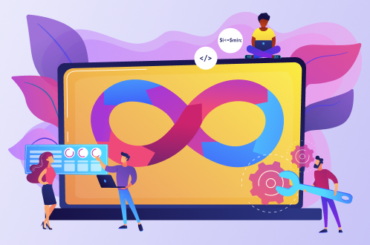 DevOps as a Service Provider in the USA 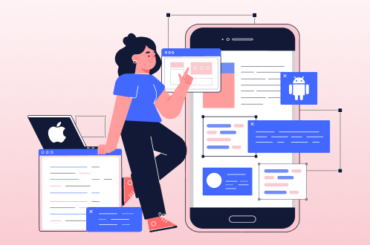 How to convert iOS App to Android App (Cost + Challenges)