Top reasons to opt for Native App Development over other Apps

Our world is typically changed from conventional to modern mainly due to the advent of technologies & change in the lifestyle. Generally, when an organization decides to build a mobile app, the first question raised in their mind is to go ahead with native, hybrid or web apps. It is always recommended to go ahead with the Native Mobile Apps over the Hybrid & other types of apps. A recent report exclaims that about sixty-seven percent of the folks neglect an app due to the major reason for bad user experience. Native App Development in Chennai
If an entrepreneur wishes to take a business to the next level, the user experience cannot be compromised at any cause. For the delivery of apt exquisite user experience, the native app development is the best choice. To crown it all, the native applications are right opposite to the Web & Hybrid, since the native apps focus on the specific platform & the users can make use of the functionalities in a better manner. To gain more knowledge, have a view over the following plethora of differential points.

For enhancing the speed of a hybrid app, first, it is essential to process the code in the native language. Hence, a developer should have complete knowledge in all the environments. Subjected to the hybrid apps, there are more frameworks & exploring a programmer who acknowledges the apt ones for an application is not an easier one too. For a minimal static app, it is recommended to go ahead with the hybrid solutions. On the other side of the flip, tending towards an enormous one, it is essential to rewrite it in the native tech stack.

As the app is developed for a specific platform, it catches a high-level performance. The efficiency rate is also at the top-notch level as the platforms are executed by using core programming language and APIs. The software can influence the device’s processing speed too and the processing of the load time is faster too.

Typically, the overall development of a single app for different platforms is subjected to an average cost, a cheaper one. As of now, most of them prefer saving money rather than spending it lavishly. As a protocol, exceeding the amount is raised saved on the development. At the final phase, a hybrid app costs one step head more than expected.

The processing speed of the Native apps does not rely on factors such as interconnectivity or bandwidth. Utilization of the Native Programming Language and Application Programming Interface are the major essentials

Catching up with offline

One of the major advantages is that there is no need for internet connectivity for further processing. Since the storage connectivity takes place within the device, the native apps can work from any location. For the web apps hosted on the browsers, internet connection is a mandatory one and there are many issues such as connectivity, no constant net speed, and massive usage charges, etc.

As everyone knows that the purchases from the iOS & Android are processed either through the Apple Pay or Google Pay. Additionally, there is no need to enter the card details too. The processing of payment techniques for a typical hybrid app is not an easier one; it connects through the plug-ins, frameworks, etc.
They are completely not a stable one since refinement is a needed one respective to the hybrid parts. Hence, it is clearly understood that more importance is given for the payment method as the conversion falls, where few of them possess the card in the palms to enter the data manually frequently.

In case of any error is explored in the code, the hybrid app gets paused instantly on the different platforms. If the current developer gets moved from the project, then it will be difficult to opt for a code builder, since dealing with the error correction will be a tedious one & expensive too. Whereas, in the native application lists of new functions can be added initially. Updating with the trends & technologies is a mandatory one, has to wait for the exclusive changes of the framework which may take place from month to year.

The mobile device can be used in differential concern without any restrictions. By using either voice assistant or augmented reality, it is a little bit difficult for hybrid apps. In case of any complicated issues such as the neural network, image processing, maps or for the complicated calculations, the native libraries give a great helping hand when compared to that of the hybrid ones. Ideally, both IOS and Android apps possess the right standards. To match both the system design of the intended platforms, it is necessary to develop separately for both the platforms. Each of them owns differential User Interface & User Experience.

Compared to the hybrid apps, the Native ones have faster access to several inbuilt utilities such as the camera, GPS & other typical functions, etc. Due to the major reason for using a single app on different platforms, hybrid app development has a certain level of limitations. Whereas in the native apps, there is no restriction, each & everything is implemented with the updated technology. Along with many devices available in the reliable market with the differential screen sizes, the native app development is a precise way of adjusting the overall layouts.

From the above-discussed points, it is clear that Native Apps adds more value while considering the factors of app development & user experience. On the other side of the flip, the code builders feel convenient in most of the senses. To satisfy needs & expectations; for a complete business accelerated app moving ahead with the Native apps is the apt option. Intended towards a greater enhancement of the device-specific features, supporting multiple platforms none of the apps can replace these gigantic ones.

Team Tweaks you can Follow Us on Social Media 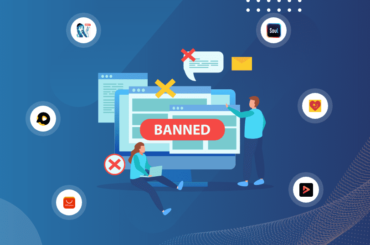 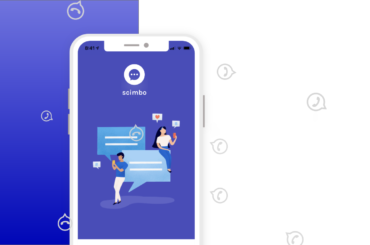